LAKEVILLE, CT (Friday, July 16, 2021) – A quick downpour and the threat of more passing storms to come couldn’t dampen the spirits of Team TGM as Hugh Plumb #46 posted a 54.299-second lap and captured third place on tomorrow’s starting grid for the Lime Rock Park 120.

Plumb will co-drive with his brother Matt in tomorrow’s race, while the sister Team TGM car will start from the inside of row 10 with Ted Giovanis and Owen Trinkler sharing driving duties.

Team TGM is chasing a three-peat, having won the past two IMSA Michelin Pilot Challenge races at Lime Rock Park.

Team owner/driver, Ted Giovanis who qualified the #64, said of the Chevy Camaro GT4.R, “Our past wins were with another manufacturer, but the Chevy is very good on this track. There are some slight adjustments for driving the Camaros around this super tight track, but we’re very competitive, which shows in the great qualifying time that Hugh put in.”

“Of course, Hugh and Matt have countless laps at Lime Rock and consider it their home track, so they were quickly comfortable in the Camaros. I was here in May and had a strong race sweeping the weekend, so this is a place where we like racing and have had quite a bit of success as a team.”

The two-hour race starts at 11:05 AM Saturday, with live coverage on NBC Sports Gold’s TrackPass and IMSA Radio. 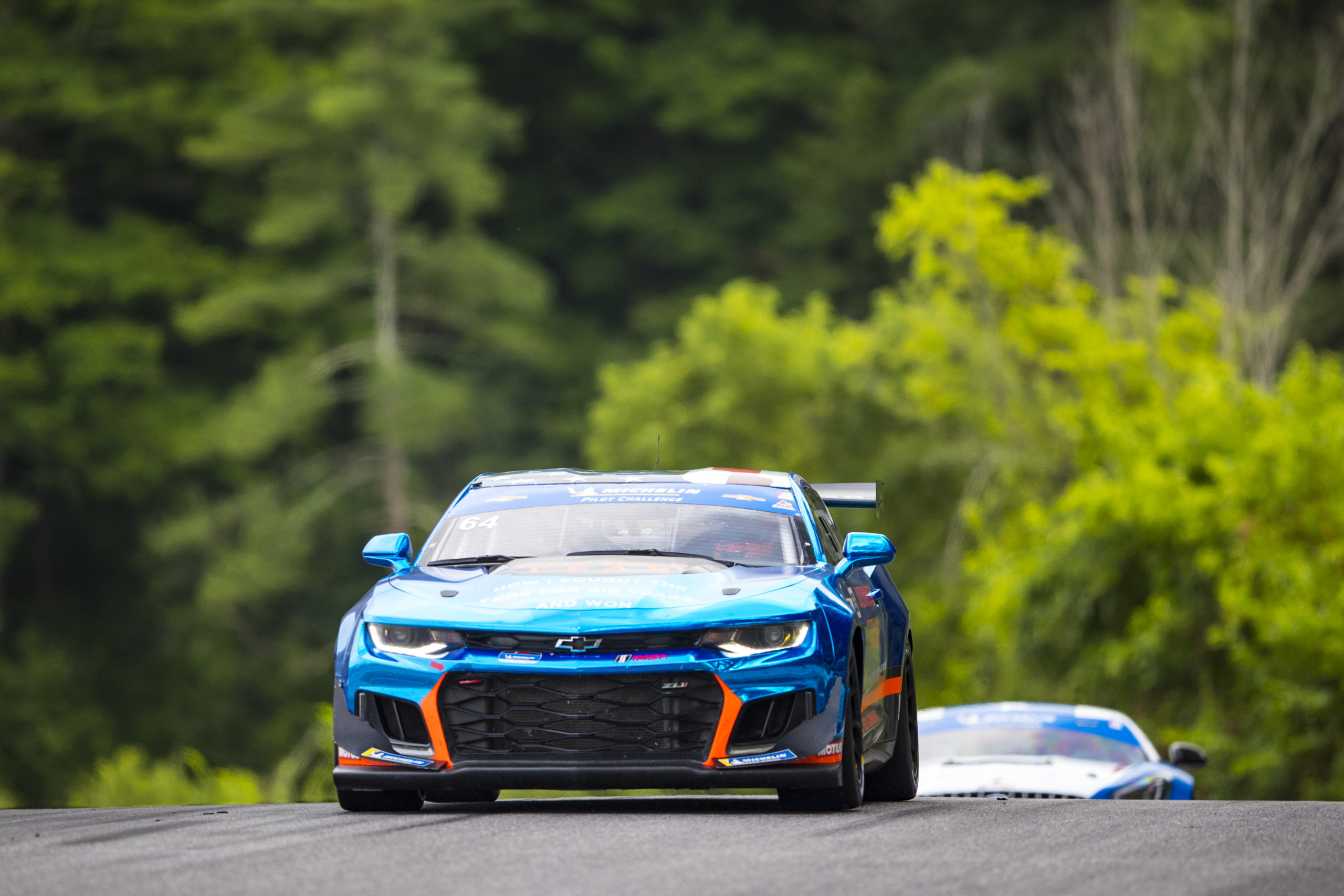 “I like the feel of the car and turned faster laps each time. I could have used the additional two to three laps that we missed during the session with the red flag, but it was a really good run all in all.
“We look good for the race tomorrow for both cars.”

“In qualifying when you’re not first, you’re never entirely happy, but I think we’re in excellent shape for tomorrow.
“Lime Rock is a very interesting place. You want to be in the front for any field, but here it is so important to be at or near the front of the field and get a chance to get away, then start chipping away at the laps.
“It’s such a different race track in terms of how short the race track is, and little bits here and there help so much.
“We’re really trying to tune for the long run. So ending up third in a short run after a downpour, we feel really good about it. I’m super happy with the TGM guys and, of course, thankful for the opportunity from Ted and Kristina Giovanis. We’re looking forward to tomorrow.”