BRASELTON, GA (November 12, 2021) – The Team TGM #46 Chevrolet Camaro grabbed a podium finish for Hugh and Matt Plumb at today’s FOX 120 at Road Atlanta – the final round of the 2021 IMSA Michelin Pilot Challenge.

“Owen drove great, as did Matt and Hugh but as things played out, we had an unfortunate situation where a competitor took off our rear bumper and we had to stop in the #46 before the finish,” said Team TGM owner Ted Giovanis.

“We’re very happy about the podium finish for Matt and Hugh. They both drove a terrific race and I couldn’t be prouder of them and the entire team.

“This was a great way to finish a year where the team has struggled for one reason or another. This race really told the story of our year with one car on the podium and the other caught up in trouble at the end. It’s just been a rollercoaster season.”

Although today’s race closed the IMSA race season, the team will next race in December at Daytona International Speedway in the International GT Championship. 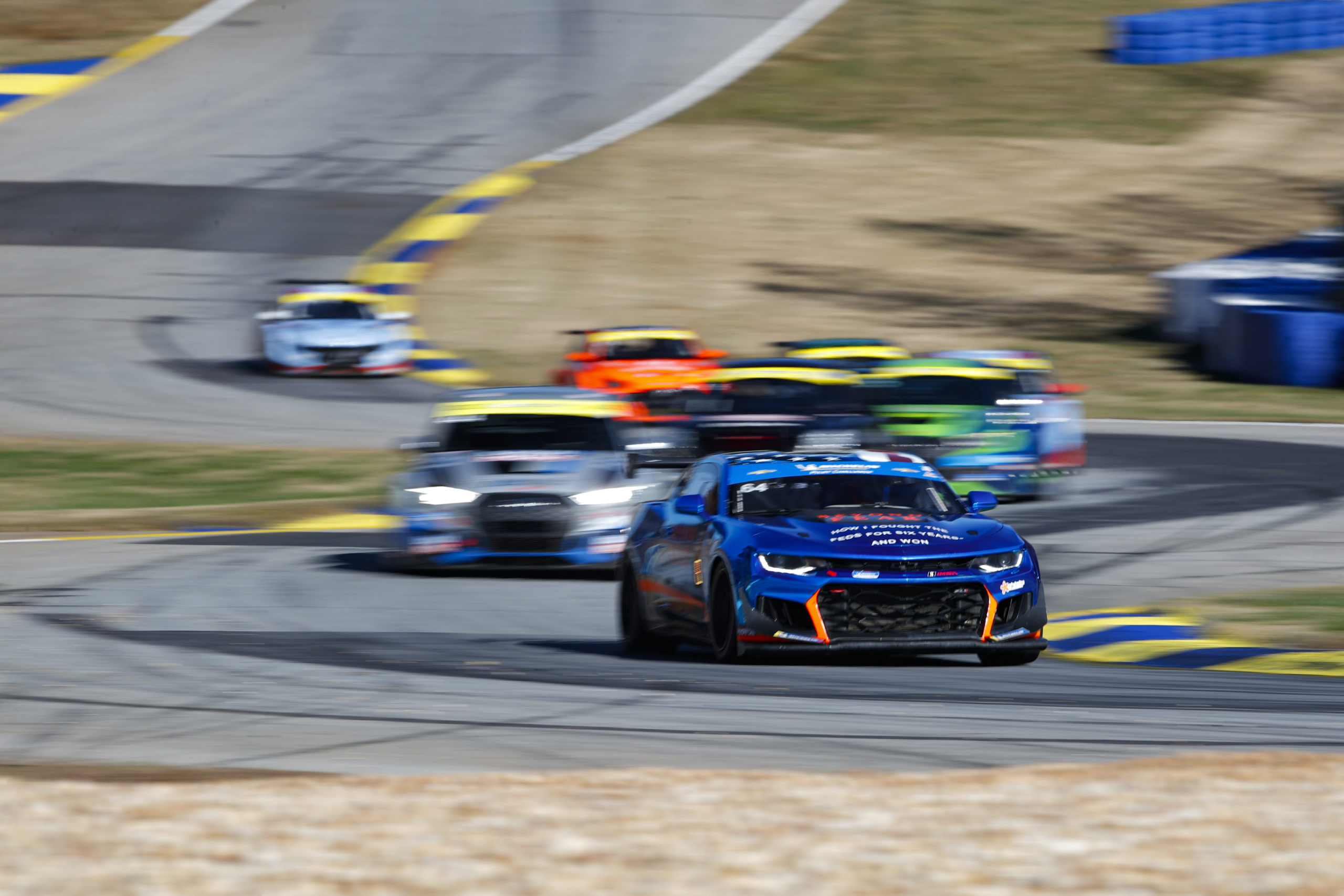 “The team wanted me to just keep everything clean and keep up with the pack. There were a couple of yellows and things played pretty well. I just wanted to make sure I didn’t do any damage to the car while trying to run the fastest times I could and give the car to Owen. The pit stop went really great and the crew did an excellent job. All in all it was a good event and we’re looking forward to next year.”

“It was pretty exciting to come from the back of the pack to the front. Ted did a great job, kept it clean, was on the lead lap and the cautions worked out the way we needed them to. My boys at TGM did an unbelievable pit stop.
“Unfortunately we got run into and it broke the rear toe-link but we definitely had the fastest car, probably had something for the Porsche.
“I can’t thank the guys at TGM enough for the great car. I wanted to get this win really bad for Ted but we did get P3 with the #46 car. It’s that the #64 car had the legs to win this race today so it’s disappointing.”

“Matt and I had a really great race today and we’re proud of the entire team for getting us onto the podium but it’s overshadowed by the incident with the #64 car.
“Owen was an innocent bystander and in a second, our sure second and third place, maybe even first and second was gone due to an aggressive driver so that’s always a tough way to end the day and the season.
“But we’ll put this behind us and look toward 2022. We have a lot of exciting stuff coming for next season and we’ll focus on that.”

“I want so much for these guys because they deserve it, it’s an amazing team. They’ve shown they are champions and this year has just been brutal.
“I’m so happy to give them the results that they kind of deserve today. Third is better than fourth but we want the top step. It’s great momentum for next year and we look forward to coming back.”