BRASELTON, GA (August 4, 2021) – Team TGM is arriving at Road America this week, having accomplished their first double top ten finish since the team changed to the Chevy Camaro GT4.R in the IMSA Michelin Pilot Challenge Championship.

The team had a solid run at Lime Rock Park in round six of the championship, finishing seventh (Hugh and Matt Plumb #46) and tenth (Ted Giovanis and Owen Trinkler #64). For team owner/driver Ted Giovanis, the Lime Rock event marked the most positions gained in a 2021 race, moving from a starting position of 19th to the top ten.

Team TGM now heads to the longest track on the schedule, the four-mile circuit at Road America. The team has experienced mixed results in the past at Road America, with their best finish coming in 2018 in third place with Owen Trinkler and Hugh Plumb. However, brothers Hugh and Matt Plumb both have won together at the iconic central Wisconsin track in the past. 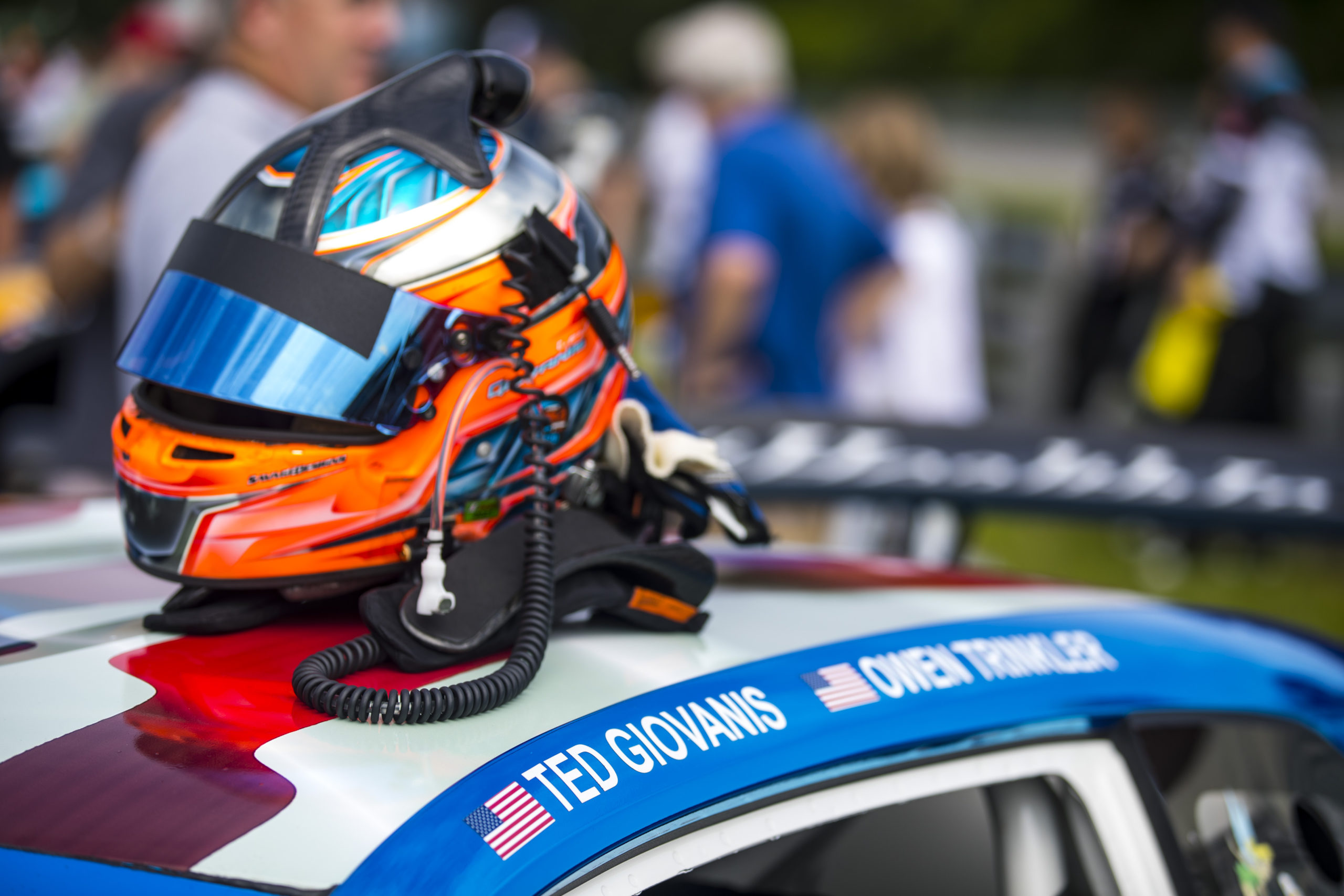 “This will be the first time we’re on track at Road America with the Chevy Camaros, and we’re looking forward to seeing what the cars can do on such a long track,” said Giovanis.

“We have not tested at Road America, so the track will be new to us in the Camaros, but all four drivers have quite a bit of experience and success at the circuit.”

“I really like the Road America course where I’ve turned a lot of laps over the years. I think Owen and I have gotten into a great rhythm as a driving pair. Remember that this is our first full season racing together and in the Chevy Camaros, which are also new to the team. There’s been some adjustment for everyone on the team, but I think Owen and I are hitting our stride and looking forward to the latter half of the season starting at Road America.”

“Ted had a great stint at Lime Rock, despite the oppressive heat, and I think we are all feeling much more comfortable in the Camaros. We didn’t race in 2020, so it’s been a while since the team has been to Road America. It’s definitely one of my favorite circuits, and we should have a good chance for a strong finish on the long track. Hugh and I had a podium finish here in 2018 on our way to winning the championship, and we’d love to repeat that success.”

“We’re just over halfway through this 2021 season and find ourselves in the top six with great momentum going into Road America. This TGM team from the top of the box down to my job, knows how to win. I would love to give this team a big result this weekend, especially on Kristina Giovanis’ birthday.”

“Road America produces such amazing racing, plenty of passing opportunities, fuel conservation, weather, you name it. I love that my brother and I have a win there together as well, always a special moment! We go from the shortest to the longest track on the schedule, and I can’t wait to get back at it!”