SEBRING, FL (Thursday, March 18, 2021) – In its return to full-time competition, Team TGM hit the track in Sebring today with Ted Giovanis scoring a Porsche Carrera Cup North America top ten in class on debut and Hugh Plumb leading the team in Michelin Pilot Challenge by putting his Chevrolet Camaro seventh on the grid.

After running a Porsche in the Rolex 24 at Daytona, Team TGM founder and driver Ted Giovanis continues to do double duty with a great run in the first of the Porsche Carrera Cup North America races of the weekend today, where he finished ninth in the Pro-Am class.

“We had a good race. We chose not to qualify, so I started last in the back of a very large field,” Giovanis said.

“It was a messy race with some bumping and grinding at times through the turns, especially into Turn 3 and at the exit of Turn 7. We got tapped at one point, and although the other car went off, it wasn’t our fault. I was able to keep my line and stay on track.

“After starting last, I worked my way up into a 9th place finish, so it was a really good day.” 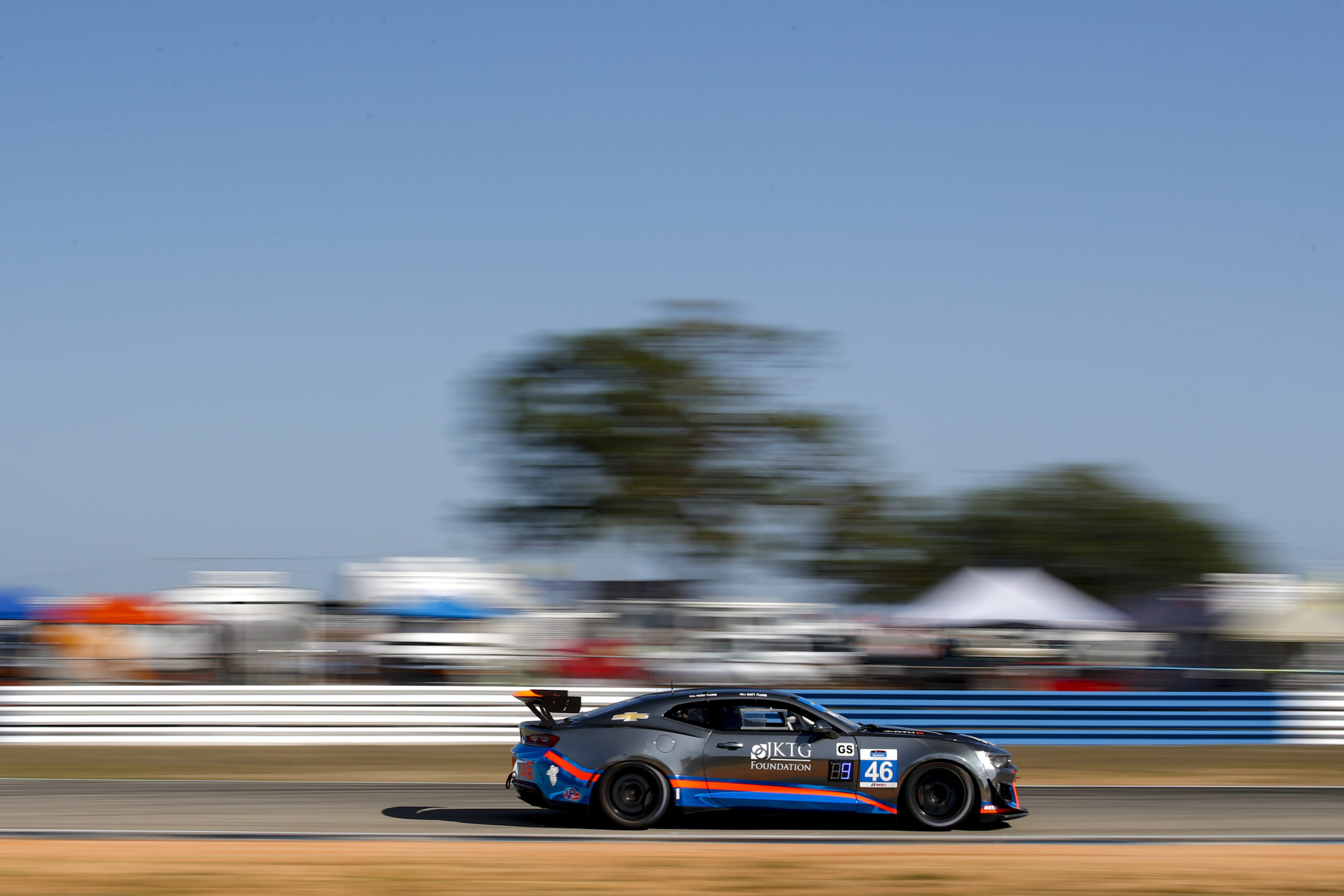 Minutes before the Porsche Carrera Cup North America race, Michelin Pilot Challenge qualifying took place at the renowned Sebring track. Giovanis qualified the No. 64 Camaro (that he will drive with Owen Trinkler tomorrow) and will start 20th, while the No. 46 sister-car was qualified by Hugh Plumb and will go off seventh in tomorrow’s race with Hugh teamed with his brother, Matt Plumb.

It will be an action-packed day for Team TGM on Friday, with the second Porsche Carrera Cup North America race at 10:10 am and the two-hour Alan Jay Automotive Network 120 Michelin Pilot race taking the green-flag at 2:35 p.m.

The Porsche event will be available on IMSA.com (IMSA TV and radio). In addition to IMSA radio, live streaming for the Michelin Pilot race is available on TrackPass on NBC Sports Gold.

“I think we had a good qualifying. I improved my time by about three seconds a lap, so that was a good improvement. I’m working on gaining more corner speed in both the Porsche and the Camaro. I’m looking forward to the race tomorrow with Owen. I think it will be a good race. Hopefully, it’s a clean one. We’ll see how it turns out.”

“Some races the performance regulations swing your way, and sometimes it doesn’t – you take the good with the bad.
“Today, we were working a bit uphill on the performance restrictions, but as always, I appreciate the amazing opportunity that Ted and Kristina Giovanis have given Matt and I both.
“What we do have is an amazing team who will figure out how to get us to the front. Outright speed might not get us to the front, but the great teamwork with good pit stops in a two-hour race – that’s all we need.”