BRASELTON, GA (Tuesday, May 11, 2021) – A snowfall disrupted test may not have been the ideal preparation for Chevrolet Camaro IMSA Michelin Pilot Challenge squad Team TGM. Still, the former series champions remain confident coming into this week’s race at the Mid-Ohio Sports Car Course.

Ask any sports car fan to list the most iconic tracks in North America; certainly, Mid-Ohio would be toward the top of the list!

IMSA’s return to the Lexington, OH circuit in 2018, after several years’ hiatus, has made for some exciting racing and thrilling finishes.

For Team TGM, this week marks only their third IMSA Michelin Pilot Challenge race at Mid-Ohio since the Series’ return and after their 2020 season was interrupted by the pandemic. However, the team is quite familiar with the 2.2 mile, 13-turn road course, having participated at Mid-Ohio in International GT Series events, where team owner/driver Ted Giovanis is the current champion and previous starts with Grand Am.

All four drivers recently took part in a test at the famed course – a scheduled two-day test, shaved down to a single day after snowfall caused the second day’s cancellation. 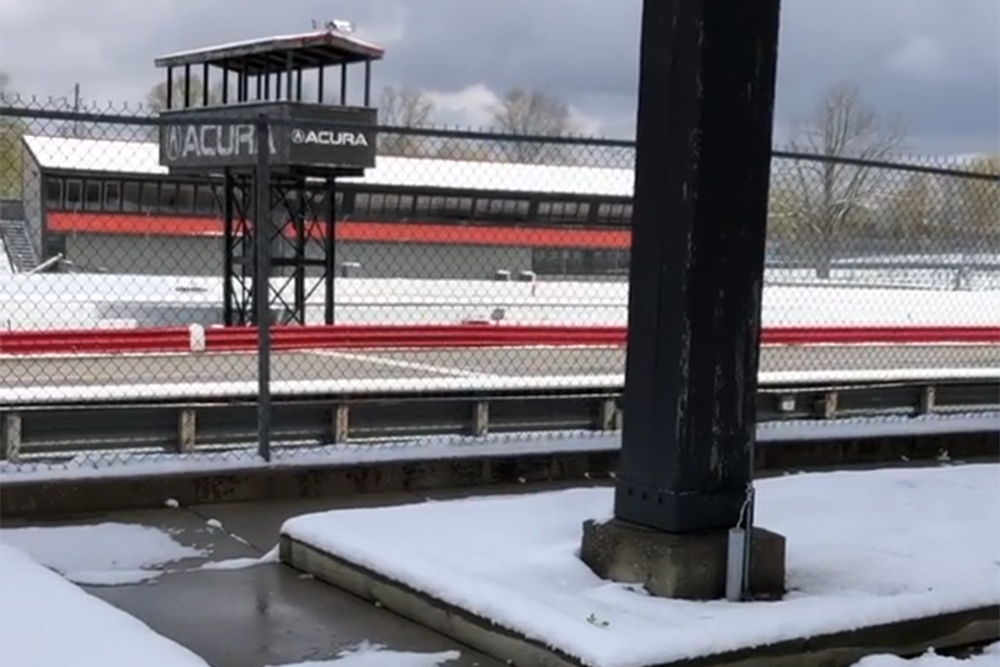 TGM is looking to improve on the team’s best Mid-Ohio finish from their championship-winning season in 2018. Hugh Plumb and Owen Trinkler finished just off the podium in fourth place.

“Our recent test, although cut short, was productive, and we got much-needed time on the Mid-Ohio track, said team owner and driver of the #64 Camaro, Ted Giovanis.

“There are several iconic sections of the track, the kink, the carousel, and the keyhole that really take your full focus, and it was good to revisit these in testing. Sebring (the previous IMSA event) reminded us just how tough and assertive the competition is this year in IMSA Michelin Pilot, and I think we have the drivers and cars to finish on the podium at Mid-Ohio.”

The IMSA Michelin Pilot Challenge teams will take to the track on Friday, May 14, with their first practice at 9:15 am, with GS class qualifying slated for 6:10 pm. The green flag will drop on the two-hour race Saturday, May 15th, at 3:35 pm. Follow the race action live on NBC Sports TrackPass.

“Our recent test at Mid-Ohio went really well. We got a lot done, and we’re ready and excited for the race. Mid-Ohio has been a good track for us. In 2018 we finished fourth, which added to a string of consistent runs leading to the championship. It will be our first time running the Camaros at this track, and I think they will perform well.”

“I always look forward to getting back to Mid-Ohio. It’s a tricky place, hard to pass, and doesn’t have a lot of grip. There is lots to get done in a short amount of time. TGM will be ready and can’t think of a better team to get us back on the podium.”

“Having won my first professional sports car race at Mid-Ohio in 2004, it has always been a special place for me! Team TGM has been working very hard since our last outing to ensure we continue to make progress with this Chevy Camaro GT4 and have high hopes for success.”