Early contact takes Team TGM out of contention at Sebring

While Hugh Plumb started on the third row aboard the No. 46 Chevrolet, his chances were spoiled after only three corners when a rival drove into the rear quarter panel of the Camaro causing extensive damage. The incident put Hugh and his brother Matt Plumb a total of 35 laps down – taking them well out of contention.

TGM’s No. 64 entry of Ted Giovanis and Owen Trinkler experienced a smooth event with steady forward momentum, until the final stint of the race when mechanical gremlins slowed their pace – pushing them back to a 28th place finish.

“It was an eventful race, in the No. 64 car I think I kept it pretty clean and was able to run faster lap times than I had before,” said team owner and driver, Ted Giovanis, who started the race aboard the No. 64 Camaro.

“I made a late stint pass and we were going steady when I handed the car over to Owen who did the same until the power steering failed. The other team car No. 46 had some issues with early contact resulting in axel issues. Although it was repairable, the guys had to take it back to the paddock to fix.” 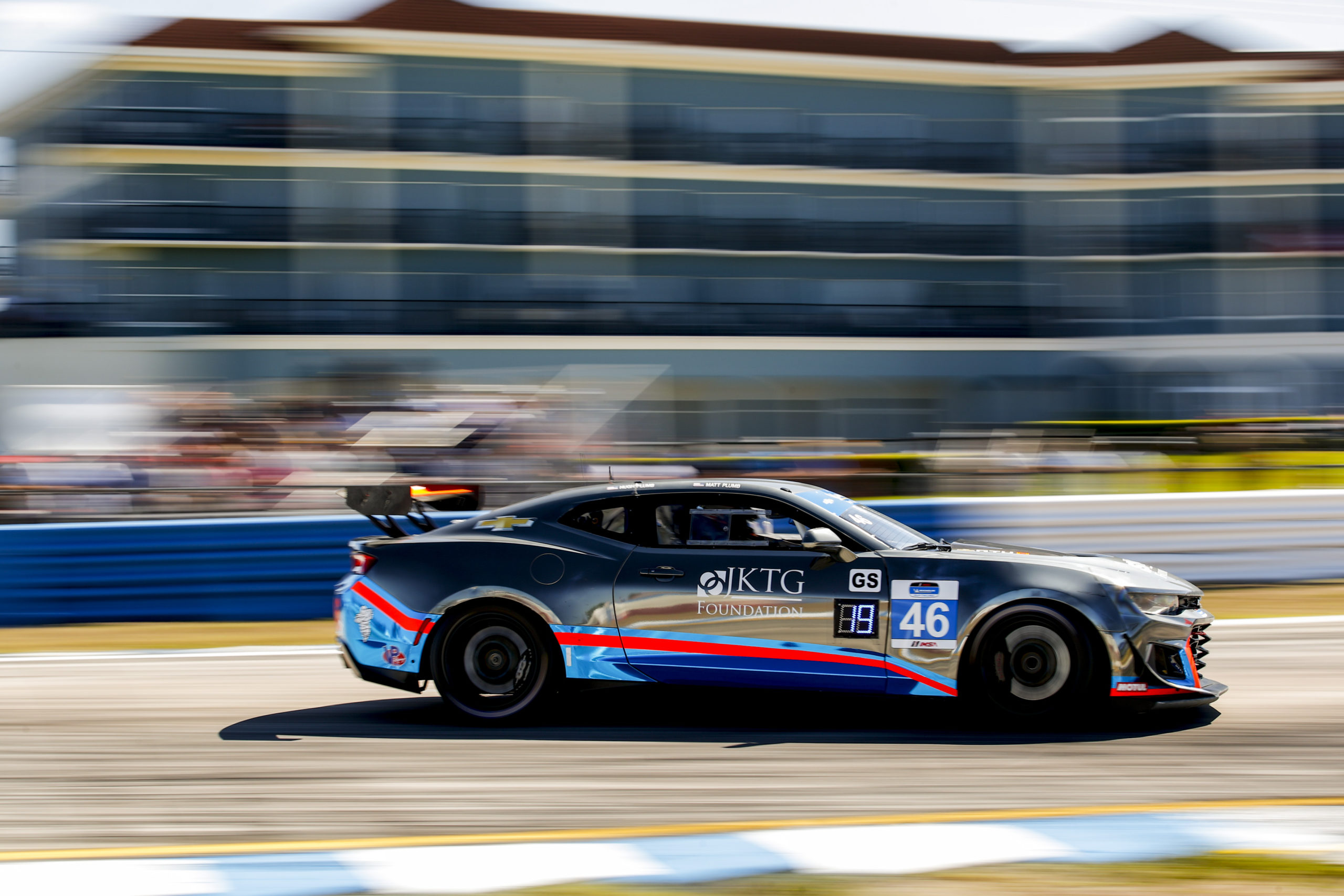 Earlier in the day, Giovanis raced the second of the Porsche Carrera Cup North America events in the Porsche 991 Pro-Am category. He started from the rear of the field but gained valuable experience in the Porsche which he will race again next week.

“The race was good. I did my normal progression getting into the rhythm of the race and partway through set a personal fast time for the weekend.” Giovanis said.

“I needed just a few more laps as I was catching a few cars and would have passed a couple in front of me as I was running better times than they were.”

Next up for Team TGM in the Michelin Pilot Challenge Camaros is another 2-hour race at Mid Ohio Sports Car Course on May 14-16. The Jayne Koskinas Ted Giovanis Foundation team will be seen at Road Atlanta next week (March 25-28) in the International GT Series where Giovanis is defending his 2020 Championship.

“The luck gods just weren’t on our side today. We had a good strategy, knew what we were going to do, but we just couldn’t execute it. We now turn the page, learn from it and move on to the next event.”

“Sebring is a tough place, and we had a bit of trouble in the No. 64 car. We had good strategy by the team, Joe Varde and the guys on the box called a great race but we lost the power steering with about 35 minutes to go and just had to suffer through it.
“The power steering box locked up, and this car is just a beast without it. But we finished the race, took the checkered flag, and now we move onto Mid Ohio. We have a great team; these guys deserve better, but some days luck isn’t on your side, but we’ll be back stronger for the next one for sure.”

“We had a bit of a rough day today. We had a great start, but as I went into turn three on the opening lap I was run into by a McLaren on the left rear, which is a very vulnerable part of the car, bending the control arm.
“We knew it was the end of any competitive race for us, but we wanted to still get maximum points. The TGM guys did an awesome job getting the car fixed and back out on track to get whatever points we could.
“It was an unfortunate day. We weren’t the fastest car out there, but not always does the fastest car win, and I think it could have been our day.
“I congratulate the other Chevy team, Rebel Rock, on being victorious today, it was their day, and that’s great for Chevrolet.”